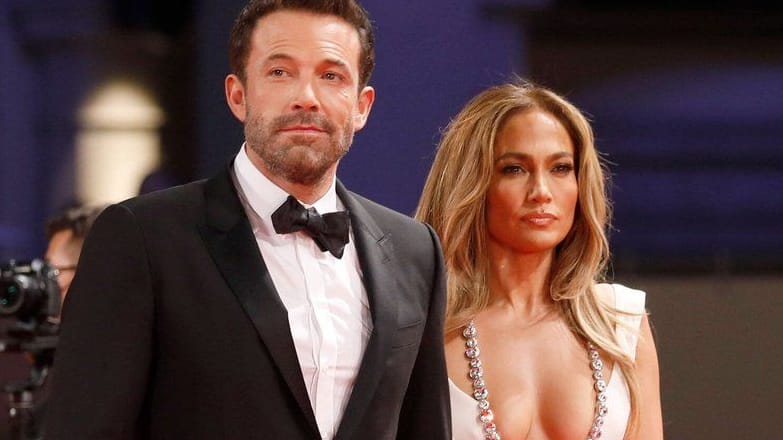 Ruffles made from 1,000 handkerchiefs and 500 meters of fabric

Photos now show: Lopez appeared at the ceremony in a white wedding dress made in Italy. For the first look, 1,000 handkerchiefs and 500 yards of fabric were cut into flounces and hand-tied to the dress, designer Ralph Lauren said. The voluminous skirt with a long train was created from this. The dress has a turtleneck, short sleeves and a round neckline in the back. The look, described as “romantic”, was also paired with a long veil. The bride wore jewelry by Japanese jeweler Mikimoto worth nearly US$100,000. Delicate pearl and diamond drop earrings shimmered on her ears, which Lopez paired with a matching floral ring. For the post-ceremony reception, Lopez slipped into an elegant, form-fitting dress adorned with thousands of strands of pearls . Thirty people spent 700 hours embroidering the garment with tiny folds of silk tulle, tiny bead and Swarovski crystal embellishments, said the designer decorated with Swarovski crystals. She also wore a short, sheer hooded veil.

Before that, there had been a whirlwind ceremony in Las Vegas

This is the 53-year-old singer’s fourth marriage and the 50-year-old Hollywood star’s second. Lopez was previously married to singer Marc Anthony, among others, with whom she has twins Max and Emme. Affleck was married to actress Jennifer Garner and they have three children together: Violet, Seraphina and Samuel. Lopez and Affleck announced their engagement in April and tied the knot in mid-July in a whirlwind ceremony in the glittering metropolis of Las Vegas. Reports of their romance’s resurgence had previously excited many fans. Between 2002 and 2004, the two were already in a relationship. However, they postponed their wedding, which was scheduled for 2003, and eventually announced their separation in early 2004. Lopez called her “second chance” with Affleck a “beautiful romance” earlier this year.

Tommy Lee makes a splash with a photo of a penis

Rare appearance with his twin daughters

Wolfgang Petersen († 81): the director of “Das Boot” is dead