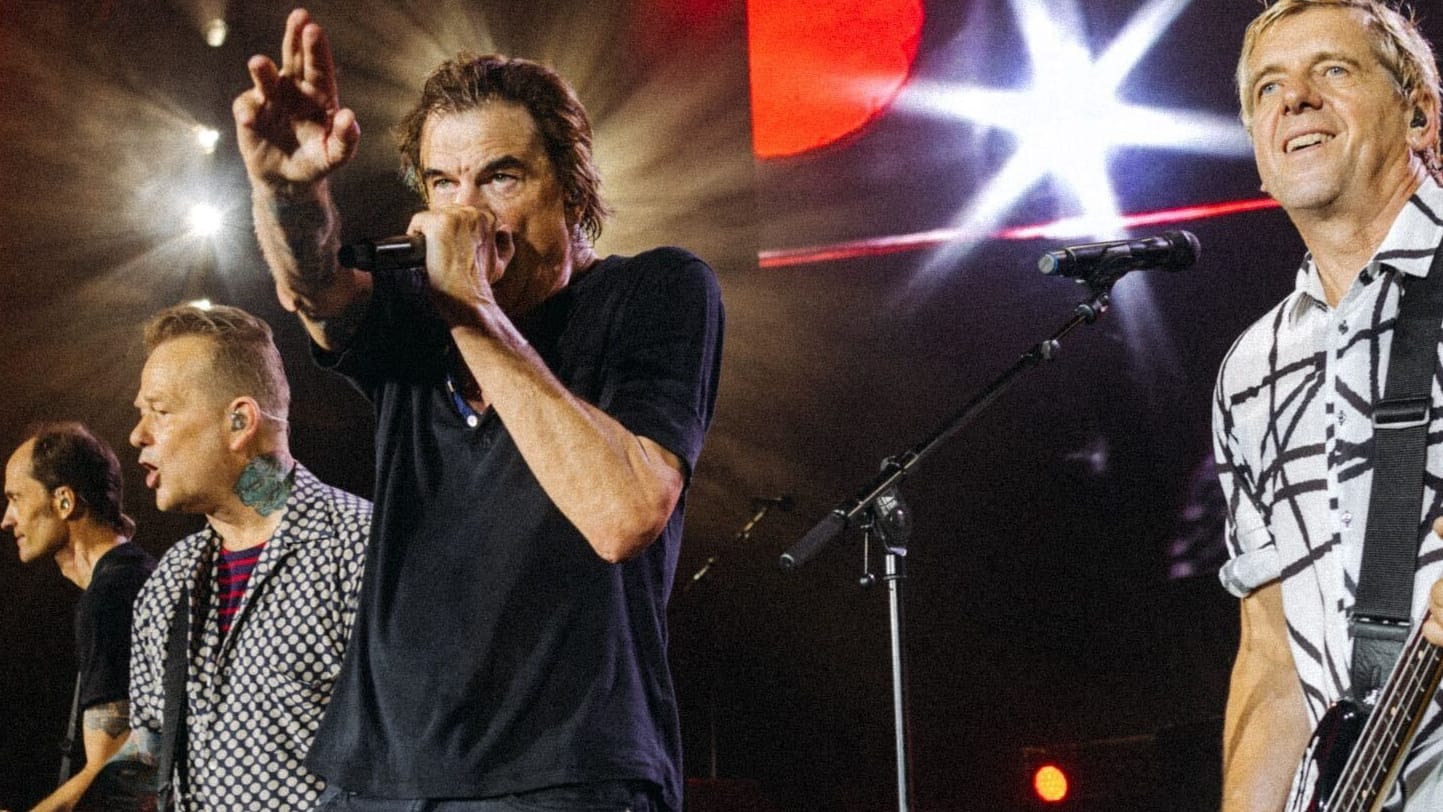 But even that brilliant trio of supporting acts faded when the Hosen played their Western intro at 8:45 p.m. and took the stage to frenzied applause. Singer Campino ran all over the stage to greet them. And the man, who just turned 60 a few weeks ago, is expected to maintain that pace for the next 135 minutes, often evoking his age. That of the group, but also his own. In front of the cover of the “stubborn” vibrator, he joked: “In the morning I feel like I am 80 years old, at noon 75 years old. But man, what did 60-year-old Campino shake. The frontman was constantly on the move, running from side to side of the stage, entertaining the crowds during the biggest concert of this tour. In general, the old punks of the “fashion city of Düsseldorf” posed their foot. Campino was already sweating through the second song. Bassist Andi probably also ran a few miles on stage. Classics like “Paradise”, “Bonnie & Clyde” and later “Ten Little Jägermeister” were played much faster than on studio recordings. But with those lightning-fast shots, there was definitely a relaxed vibe from front to back in the huge area.

“Here this war is not only on TV”

But the low tones are hit again and again. Campino addressed the problems of this world. It was not so easy under the current circumstances to win a Ukrainian group with Stoned Jesus. The musicians had to travel alone, without their crew. In general, the singer has the impression that the war is more present in Berlin than in other cities. “Here, this war is not only on television”, he says. “Here, you just have to go to the station. Evenings like this are not normal. […] In three weeks, it can look very different. You can’t imagine what will happen if this war escalates.” It’s all the more important not to take concerts for granted, but to perceive them consciously. “You have to recharge your batteries for all the shit that is coming.”

The environment was also important to him. The concert was powered entirely by green electricity. A first! The Doctors, who will perform three concerts on the same stage next week, will do the same for the pants. A lot of water could also be saved because a lot of vegetarian food was offered on the site. Green politician Claudia Roth must also have been delighted. During the set of the cult group, she took her place in the stands and swayed assiduously. However, the Federal Government Commissioner for Culture and Media left after half an hour. “Babylon Berlin” star Sabin Tambrea was also present and admired the two-hour show. Pyros and flags in the audience created a football stadium atmosphere. (Source: Bastien Bochinski)

Lena Gercke on her pregnancy leak