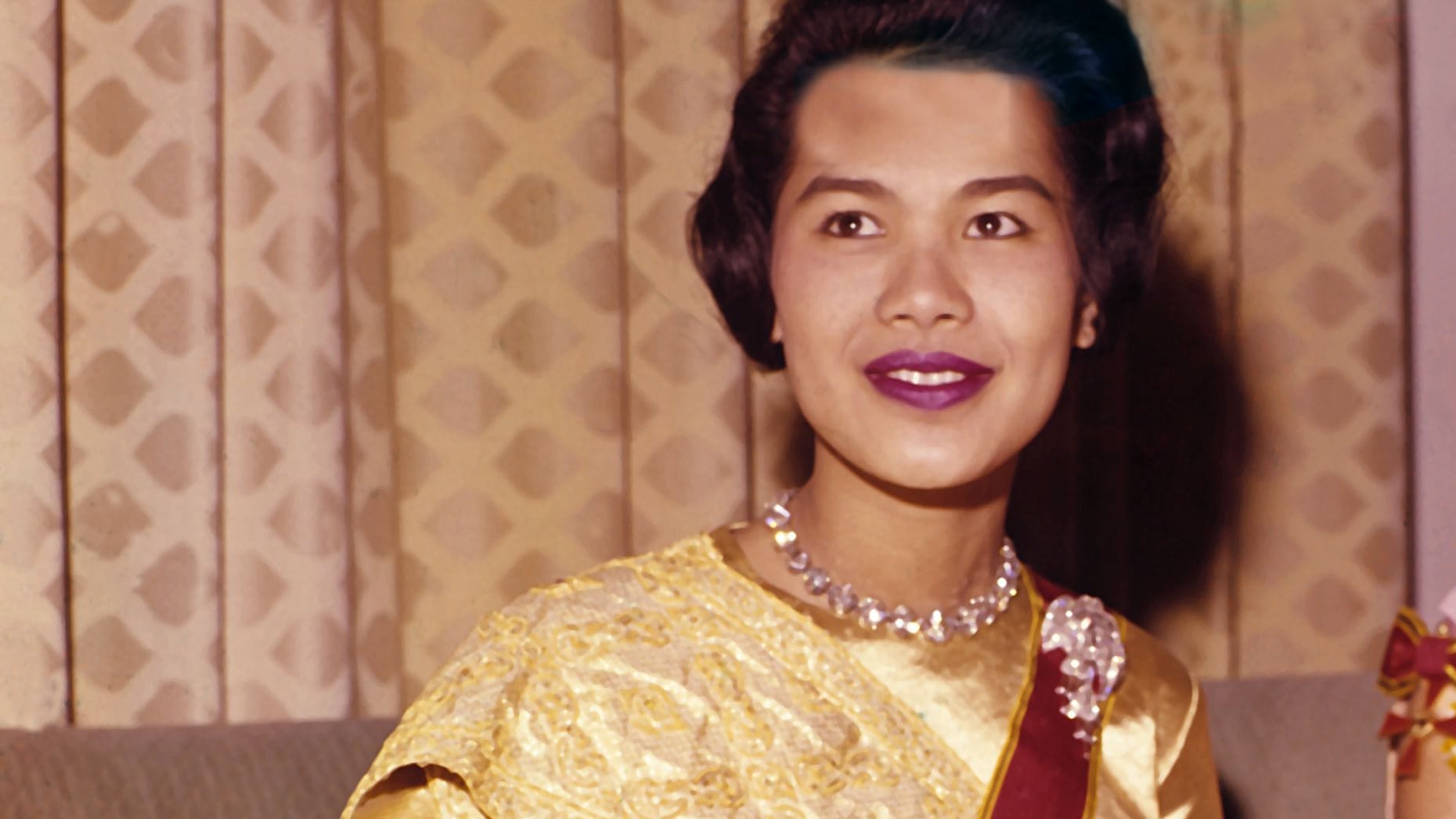 She was incredibly beautiful, her reputation legendary: half the world rested at the feet of the former Queen Sirikit of Thailand. Today she celebrates her milestone birthday. Almost no cover page in the world has topped Sirikit. The “Bunte Illustrierte” once described her as “one of the best-dressed women in the world”, international fashion magazines celebrated her as “Asia’s Jackie Kennedy”. Today’s royal icons like Kate, Letizia or Máxima weren’t even born, when the graceful Queen of Thailand was the measure of all things class and elegance. Crowned heads from around the world traveled to Bangkok in the 1950s and 1960s to meet King Bhumibol and his beautiful wife. This kind of glamor at the Thai court lives only in memory today. On August 12, Sirikit will be 90 years old. Sirikit is now the official Queen Mother Since Bhumibol’s death in 2016, his son Maha Vajiralongkorn (or officially Rama X) is King of Thailand and the much revered Sirikit is the official Queen Mother. Previously, she served as regent of ancient Siam for six and a half decades. The nation celebrates her birthday not only as a public holiday, but also as Mother’s Day. In Bangkok, among others, a conference center, a park and a textile museum bear his name. There is also a yellow rose and a women’s golf tournament called “Queen Sirikit”. Shortly before her birthday, many large-format portraits from the time of her reign were erected around the country as a sign of deep respect, but recent photos of her have rarely appeared in recent years. The noblewoman, known for decades for her jet black hair, can be seen going gray, but still wearing red lipstick and a necklace of fine pearls. Next to him on the rare recordings is usually the new king, who celebrated his birthday last month and turned 70. international nobility. It didn’t look like it at first – she was only 15, he was 19. “It was hate at first sight,” Sirikit said years later, describing the first meeting in Paris in 1947. “He wanted to come at four o’clock, but didn’t come until seven o’clock. He made me wait and practice reverence forever.” The resentment did not last: they say it was love from the next meeting.Sirikit Kitiyakara, born in Bangkok in 1932, is herself from a royal family and is a great-granddaughter of the King Chulalongkorn (Rama V.). Her father is a prince and ambassador of Thailand, she spent her youth in France, Denmark and Great Britain. A high school student in Paris, she met Bhumibol, barely older, then a student in Switzerland. When he has a serious car accident in Lausanne in 1948 in which he loses an eye, Sirikit rushes to his bedside. The fairy tale of the dashing prince and the very young beauty follows its course: the wedding takes place in April 1950, a week before the official coronation. The young royals are very fond of the European jet set and dance in the glittering balls of the courts of Europe. They are also enthusiastic visitors to the Salzburg and Bayreuth festivals. The king seems rather shy, the focus is on the slender Sirikit with her elegant dresses, hats and summer gloves made by noble Parisian tailors. During a state visit to Germany in 1960, half of the Federal Republic fell at his feet. The couple had four children, three girls and a boy. Then, at the end of the 1960s, the farewell to social life: Instead of French haute couture, Sirikit now wears Thai silk. The couple – themselves rich with billions – are committed to the development of their country of origin and to social projects. Both deserve a lot of respect for that. In Thailand, which has been politically shaken by numerous coups, they represent stability.”The nation’s benefactress”To this day, Sirikit is celebrated as the “nation’s benefactor.” She has been president of the Thai Red Cross since 1956. With her donation projects, she has been involved, among other things, for the relatives of fallen soldiers and killed police officers, for the rural population, the greening of the country or rescuing endangered animals like elephants and turtles. Author and journalist Paul Handley also described the queen as a man of power in his book ‘The King Never Smiles’, banned in Thailand. Many Thais were outraged. Sirikit has hardly been seen since suffering a stroke in 2012. One of the last times she was seen in public, aside from a few official photos, was in October 2016, when she accompanied the funeral procession which brought the deceased Bhumibol from the hospital to the Grand Palace.