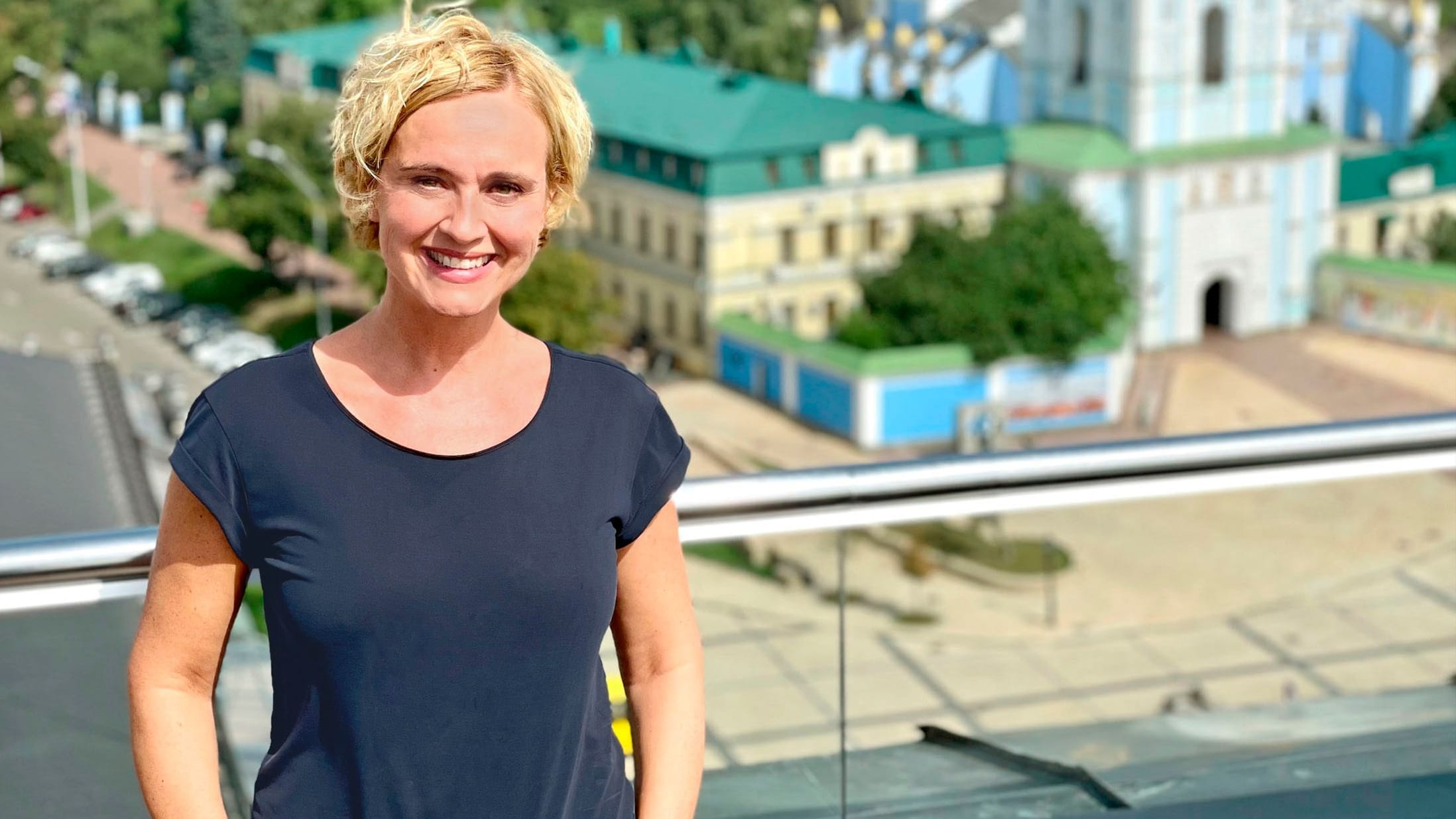 On the occasion of the half-anniversary of the beginning of the war between Russia and Ukraine, the “Tagesthemen” broadcast live from Kyiv on Wednesday. The reactions are unequivocal: six months after the start of the Russian war of aggression in Ukraine, ARD broadcast its “topics of the day” live from Kyiv on Wednesday evening. “Good evening and welcome from the capital of Ukraine to an unusual edition of the ‘Daily Issues’,” said presenter Caren Miosga by way of greeting. Also, the Independence Day of Ukraine will be celebrated on August 24. Besides Foreign Minister Dmytro Kuleba, Ukrainians also talked about their life during the war. For example Olga, who fled with her occupied son Cherson to the south of the country. “An interview conducted with great empathy” The reactions to the “Daily Issues” special shared on Twitter speak for themselves. “It was a wonderful, well-researched, informative and moving show,” writes one viewer and thanks her. Another user is simply: “Good deed!” And another: “Great show from Kyiv! Something like this not only brings us closer to the war and the crisis, but also explains why it must absolutely interest us in Germany! Keep it up.” A viewer directly refers to Miosgas with his comment Conversation with Ukrainian Olga, he writes: “A very good interview conducted with a lot of empathy. These reactions are also found: This contribution is also found: “Thank you very much for these ‘dailies’ of Ukraine today. you can also do a news broadcast. Worth every penny of the fee! Keep it up, even if it gives you goosebumps. Green politician Michael Gerr describes the episode as “a very special and genuine news program” and finds it “journalistic, touching, honest even within its limits, but with rewarding insights”. “Daily Topics” have been broadcast from overseas many times in the past. In 2020 the American election program came from Washington, in 2012 there was an edition from Moscow and Hamburg due to the presidential election in Russia.

Pietro Lombardi becomes a father and Sarah Engels is silent

Gender constraint in the “TV Garden”? ZDF lights up after Kiewel statement