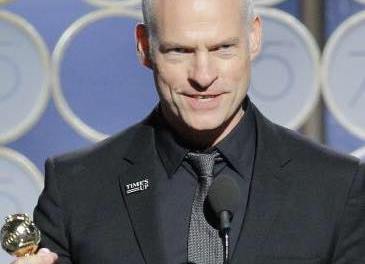 Martin McDonagh’s latest film, Three Billboards Outside Ebbing, Missouri, is easily one of the most intriguing films of 2017 and the last two months. In a relatively meager award season, the film has easily stood out among its competitors: Dunkirk, The Shape of Water, The Post and a handful of others. Three Billboards won four Golden Globes, including one of Best Motion Picture Drama, and some critics are calling for it to win the Oscar for Best Picture.

The dark comedy-drama takes place in present day Ebbing, Missouri, and begins when Mildred Hayes (played by Frances McDormand) purchases three billboards, then places a controversial message on them to the Police Chief Willoughby (Woody Harrelson) to further investigate the rape and murder of her daughter a year prior. The town quickly shows their disdain toward Mildred and the billboards because Willoughby has always been an upstanding citizen and was recently diagnosed with cancer. The whole town of Ebbing seems to turn against Mildred, but for the sake of her daughter she never backs down and puts her natural grit on display. Over the span of two months, we see the resulting events unfold as Mildred deals with a plethora of odd and ambiguous characters, including Willoughby’s racist, crooked sidekick Officer Dixon       (played by Sam Rockwell).

The best thing about the movie is the performances. Frances McDormand is Mildred Hayes from head to toe with her mechanic uniform and a bandana around her head. Mildred is strong and fearless and she stays true to her beliefs. Her character keeps the film at its highs, and McDormand’s performance is one of the best of the year. She rightfully won the Golden Globe for best actress in a motion picture drama. Sam Rockwell also won an acting Globe for best supporting actor in a motion picture drama. Officer Dixon is almost just as interesting as Mildred. At times he’s hateable, and his actions are questionable from the beginning. Rockwell is perfect for the character and delivers a fantastic performance, worthy of the award. The supporting cast is littered with talent, including Harrelson, Hollywood up-and-comer Lucas Hedges, and Peter Dinklage. The cast was led by some flawless character writing from McDonagh, who won the Golden Globe for best screenplay.

The film is dark, moody and littered with dry humor. It is unique in its style, and is truly unlike any movie that has been released in the last few years, due to its surprises along the way and the ambiguous mystery at the plot’s core. The film is easily the best of McDonagh’s career, and will definitely make his future work heavily anticipated. His previous film Seven Psychopaths has a positive reputation, but McDonagh’s progression is evident in Three Billboards.

Along with being nominated for the Oscar best picture award, the film also has 93% on Rotten Tomatoes and an 8.3/10 rating on imdb.com, the second highest rating of all the nominees. Among it’s highly-rated competitors for best picture are Call Me By Your Name, The Shape of Water, and Lady Bird, which could all be in contention for the award, but Three Billboards seems to have the upper hand since its globe win.

Three Billboards Outside Ebbing, Missouri will likely be in theaters for a few more weeks, so see it while you can. The buzz around the movie should only intensify as Oscar night approaches.

Jacob Trask can be reached at jacob.trask@theminaretonline.com