It’s starting to become apparent that there is something special going on this season with UT’s lacrosse team. The Spartans have gotten off to an 8-3 start, including wins in five of their last six games. With the team clicking on all cylinders, there are two Spartans who have lead the charge. 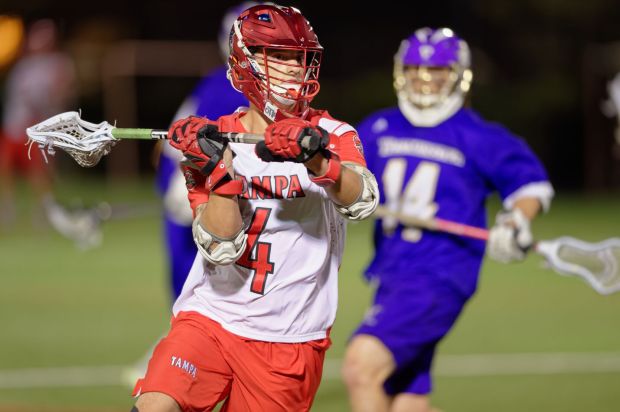 “Getting this award multiple times to me just means that hard work and dedication we put in on a daily basis helps us perform on the field,” Kew said. “At the end of the day, it is nice to be recognized for personal accomplishments, however, it comes down to winning games as a team.”

The sophomore from Oakville, Ontario has racked up 53 goals this season, and has totaled 59 points with five regular season games remaining. Head coach Rory Whipple had high praise for the young attacker.

“Andrew Kew is what we call a finisher, he has a real knack for scoring,” Whipple said. “Right now he is leading the country in all of Division II in goals.” 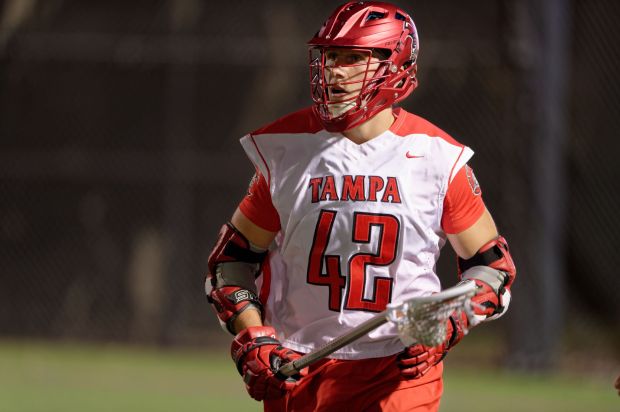 As for Watts, he has been on a tear during faceoffs this season. He has won 126 out of 178 face-offs so far this season, which is an impressive 71 percent. Watts is humbled for his multiple recognitions, but reminds us that this is all about a team effort.

“We kind of started off slow, but we have played a lot better lately,” Watts said. “It’s a team bonding thing that brings us all together.”

The junior from Buffalo, New York has also scooped up 67 ground balls, leading the team.

“Watts has done a real good job this year and has worked really hard,” Whipple said. “Him and coach Dugan have worked together a lot, and hopefully he can continue this level of play throughout the rest of the season.”

They might be lighting up the stat sheet in the box score, but these two realize that they wouldn’t be putting up these numbers without their teammates. The Spartans enter every season with the same mindset: winning a National Championship.

“We expect to win a National Championship, that’s why we all play,” Watts said, “I think we have the talent and the capability to do so.”

When they’re on the lacrosse field, it is all business from there. Being known for their work ethic, Whipple emphasized the leading roles Kew and Watts have taken on the field.

“They are both quiet kids, but they certainly lead by example,” Whipple said. “Both of these guys are well-liked, and everybody respects what they both bring to the program.”

Whether it’s scoring goals, or winning face-offs, both Watts and Kew benefit their team in a substantial way. The lacrosse team’s current SSC standing is, in part, because of them.

“I love playing beside each guy on this team,” Kew said. “I would do anything for each and everyone one of them.”

The Spartans indeed have some work to do before their season ends. They have five regular season games remaining before the playoffs, and Whipple hopes that Watts and Kew keep up their level of play.