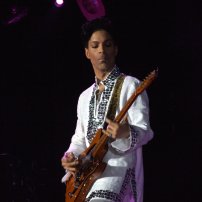 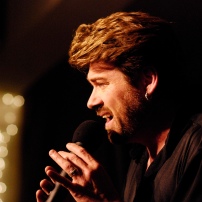 Two-thousand sixteen was a fateful year for the music industry. For many, it will be remembered as a year filled with celebrity deaths. But even with so many important artists gone, music has never been as diverse as it is in 2017.

In April 2, the Purple Rain singer, Prince, died of an accidental overdose on fentanyl. “The Chameleon of Rock,” better known as David Bowie, also left this world on Jan. 10 due to liver cancer. George Michael passed on Dec. 25 of heart failure. These are just three of 21 musicians that died in 2016.

Jillian Rich, a senior vocal performance major, said that she used to listen to David Bowie’s music all the time when she was growing up.

“I love his music in The Labyrinth movie and I always wanted to see him in concert, so I was really disappointed when he died,” Rich said. “Such an inspiring artist to music students, definitely his songs are going to be always remembered.”

Sophomore major in international business, Omar Lopez, who is also a musician and songwriter, said that both David Bowie and Prince have influence him on his music choices.

“In my case, I can relate more with Bowie because most of the current rock I listen to is influenced by his music,” Lopez said. “Nowadays the artists follow a lot Bowie’s music. Bands like Arctic Monkeys and Two Door Cinema Club try to use his songs as inspiration.”

Even losing so many important artists could not stop 2016’s musical successes.

According to Rolling Stone magazine, Formation by Beyoncé was the Best Song of 2016. Frank Ocean came in second with his broken romance, Ivy. In third place, also per Rolling Stone, was Drake featuring Wizkid and Kyla for the tropical jam, One Dance.

A night to remember in 2016 was in the American Music Awards where Ariana Grande won artist of the year, competing against Justin Bieber, Selena Gomez, Rihanna and Carrie Underwood. However, she was not the only champion, as Canadian rapper Drake, who started with a record number of nominations (13), took home four trophies. Justin Bieber also won four awards.

According to sophomore music major Kevin Alderman, Grande did not deserve the award. To him, 2016 saw more influential and talented artists.

“I think her work is a little spoiled,” Alderman said. “Her career path was placed in front of her, she didn’t have hard work to reach the top.”

New artists were constantly on the rise, one of the greatest was The Chainsmokers. This duo reached No. 3 on the Billboard Hot 100 with their debut song “Don’t Let Me Down”, becoming their most successful single in the United States. Likewise, their song “Closer” reached the top spot in Australia and the top 10 in both the UK and US Billboard Hot 100 as well.

Comeback artists also made important steps the last year, although some of them seemed to reinvent themselves..

Zayn Malik, ex member of One Direction, made his debut album Mind of Mine. In the album, the single “Pillowtalk” received positive reviews, including one from Huge McIntire in Forbes magazine

An article by ABC News says that Depeche Mode, U2, Gorillaz, Taylor Swift and The XX are groups and artists expected to shine this year with upcoming albums and world tours. Another influential artist who we are sure to see more of is Katy Perry, who has made it clear through social media that her hiatus from music is over and she has been working in the studio.

Although good things are arriving for these honed musicians, many new artists are sounding around as well.

The BBC Sound of 2017, which is an annual survey made by critics of the music industry, revealed that this year the diversity of musical genres is again evident, although rap and grime (a cross between Hip Hop and electronic)– is the highlight of the 2017.

“Rap is probably [going to] get more popular, this kind of music is getting more and more close [sic] to everybody,” Alderman said.

Lopez also said that 2017’s trend is the combination of music genres, which definitely is going to make an impact on the audience in a good way.

“This year I think  rap and R&B will be present, there are several artists who have been combining these two genres,” Lopez said. “For example, Bell Biv DeVoe [and]Drake will release a new album, which will probably be a hit.”

According to the BBC Sound of 2017, the names of AJC Tracey, Dave and Nadia Rose will be the next generation of rap music. Even though these artists only have developed one debut song, this year looks promising for the budding artists.

Lopez also said that apart from rap, there are other new influences rising with other genres of music, some of them with the old-school style.

“There are also more indie artists who will shine this year like Beck, who a few years ago, won the album of the year beating Beyoncé,” Lopez said.  “Also, there are some new bands making good music. For example, Haim, three sisters that their sound revives the 80s and the band Phoenix is returning onstage with electronic style of funk.”